Home » Uncategorized » How STUPID are we?

Does anyone really believe it requires $541 BILLION of your money in PROPERTY TAXES for the State to manage the property you lease from them?

The nationwide state and local property tax receipts for fiscal 2016 were released last week with the Census Bureau’s “Quarterly Summary of State and Local Government Tax Revenue for 2016: Q4.” 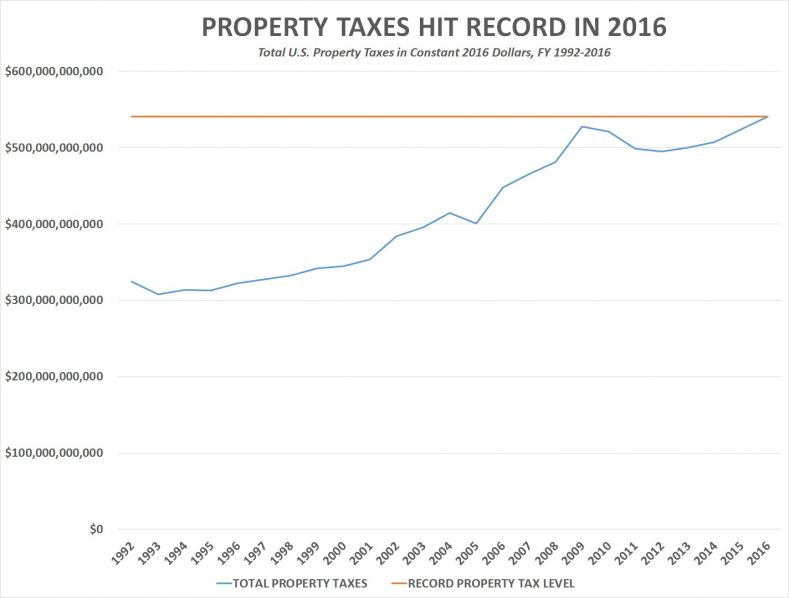 The Census Bureau defines “property taxes” as “taxes imposed on ownership of property and measured by its value.”