Home » Uncategorized » This really is quite stunning

After You Read This Article, Forget About it and Go Back to Sleep

Bloomberg is reporting on a curious real estate transaction in Chicago and an antenna in an open field, that was erected in order to permit a small group of traders gain a marked advantage over everyone else.

Let’s have a look, shall we? 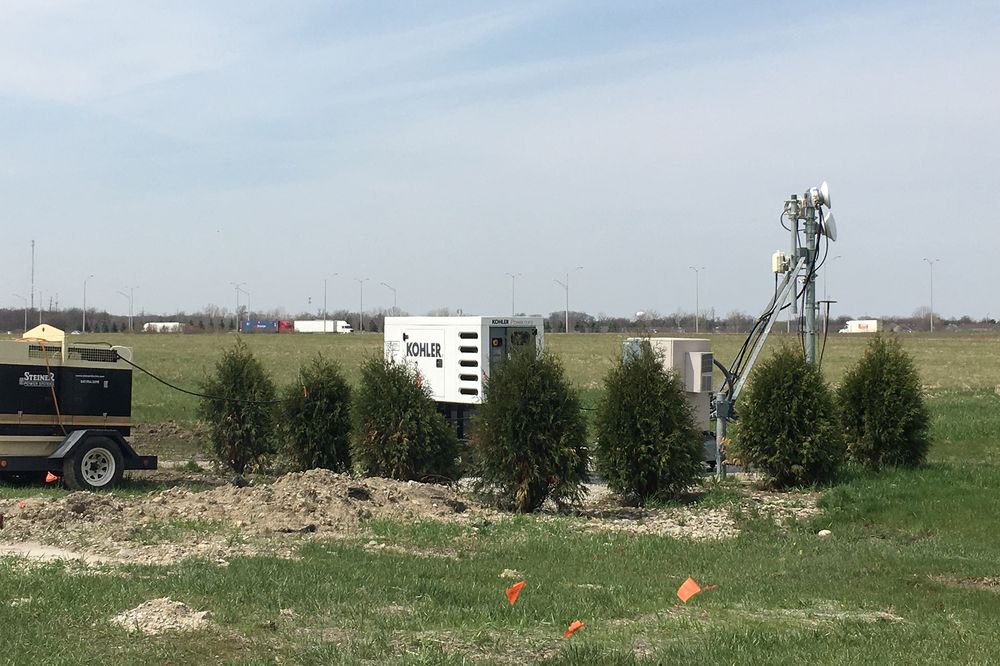 So you’re wondering, ‘what the f is that?’

That nondescript pole on a flat 31 acre plot of undeveloped land is in close proximity to the CME Group. It is owned by a Jump Trading affiliate called ‘World Class Wireless’, who purchased the lot for twice the going rate, or $14m.

The high tech microwave antenna is able to intercept data coming out of the CME before it makes its way to the east coast — creating an arb situation that last microseconds. It is the definition of cheating, rich, powerful people using their position to jimmy rig trades in their favor, all but guaranteed. It’s like having a time machine that can go a microsecond into the future and see prices and then trade off of the knowledge using very sophisticated high speed quants.

Nothing at all wrong with that, right? This reminds of the movie Office Space, where the main actor tried to explain his criminal plan to his girlfriend and merely taking a few pennies out of the penny tray — who couldn’t quite grasp his innocence.

Another virtuous firm, McKay Brothers LLC just won approval to build a microwave tower diagonal to the CME data center — under the name Pierce Broadband LLC — a harmless little telecom company. The approval gives them the right to build a 350ft antenna 600ft closer than their existing one — which could mean all the difference in the world, when attempting to remove pennies from the penny tray.

Webline Holdings is another penny tray grabber — with a ‘license’ to operate a microwave network stretching from the data center all the way to Carteret, NJ, where the Nasdaq data center is located. The trick here is to intercept the signal in Chicago before it gets to New Jersey.

This could all be negated if the CME simply placed a microwave antenna on their roof — all but rendering nearby antennas meaningless. But for some odd reason, they continue to relay data to nearby microwave antennas outside of the data center, which is then stolen by the aforementioned companies above, all for the purposes of rigging markets.

Please explain to me how this is legal?
Content originally published at iBankCoin.com