Home » Uncategorized » What’s wrong with America? Morons are in charge.

This story exemplifies America’s decline on the local level. Classical ARTWORK, some of the world’s most famous paintings were too much for some sixth graders and their snowflake parents. And what of the police and the school board? Are there NO GROWN-UPS in this town? The police need to check with the county attorney as to whether CLASSICAL ART is pornography? And just what transpired after the initial one then three day suspension? My guess is that whoever ordered the materials for the classroom originally either sits on or has influence with the board but either way, someone is covering their ass for what is possibly achieved by firing this guy for allowing students to use resources that have been in the art class for years before he even was hired and have been in the art world for centuries?

No, this is what ails America. We have allowed the thoughts of those without capacity to think to have equal or more weight than rational thinking people. In other words, we have allowed the uninformed, irrational “feelings” of the uneducated, incompetent and incapable to have more validity than the informed and rational THOUGHTS of the thinking. There clearly are people in this town (and everywhere in this country) that need to be told, imagination is not thinking, they are two very different things. These same people also need to be told before making fools of themselves like this, “You, Sir, are an IDIOT”.

Lincoln Elementary School art teacher Mateo Rueda had no idea what was in store for his career when he wrapped up a lesson Dec. 4 by telling students to look through some art postcards in the classroom library for examples of color usage in notable paintings.

The cards, which were part of an educational package called “The Art Box” produced by Phaidon publishing, were placed in the library before Rueda began working at the Hyrum school. He knew the set portrayed a wide variety of classic artworks, but he has since said he was not aware that three or four of the 100 pieces featured in the box showed nudity.

Before the week was out, Rueda would find himself at the center of a controversy at the school, would be contacted by police after someone filed a classroom pornography complaint against him, and would eventually be out of a job.

The situation came to light Wednesday when The Herald Journal published a letter from the mother of one of Rueda’s students complaining about the art teacher’s dismissal and praising his work with students.

She also let her feelings be known on Facebook, where her posts gained wide circulation among local school parents and educators.

Cache County School District officials have declined comment on the matter, noting that this is “an ongoing personnel issue.”

However, one district official who asked not to be identified said that Rueda’s termination had more to do with the teacher’s interaction with students after the students noticed the nudes than it did with the actual pictures themselves.

Parent Venessa Rose Pixton said this was the nature of a complaint she lodged with the school after learning about events of that day from her 11-year-old son, who was in Rueda’s class.

“It wasn’t the pictures so much that really bothered me; it was the method in which he went about it afterward,” Pixton told The Herald Journal, though contending in the same interview that she thinks the teacher shirked his responsibility by not reviewing the pictures thoroughly before allowing children to access them.

“My son felt that Mr. Mateo belittled them,” Pixton said. “He said Mr. Mateo even told the class ‘There’s nothing wrong with female nipples. You guys need to grow up and be mature about this.’”

Rueda flatly denies he said this or took such a tone.

“No, that did not happen,” he said this week. “I did say that when you grow up, you’re going to find yourselves going to museums or to places where unavoidably there’s going to be nudity.”

Parent Kamee Jensen, who wrote the letter to the editor defending Rueda, said neither the pictures nor the teacher’s comments upset her daughter.

“The school sent out an email to parents asking if children were upset by what happened in class. I asked my daughter if she ever felt uncomfortable, and she said no. She was just very upset that her teacher was in trouble,” Jensen said.

Asked if he thought the nudes were appropriate for the sixth-graders in his class, Rueda said he did not. “This is not material at all that I would use. I had no idea,” he said.

In an explanation of the incident provided to Jensen and posted on her Facebook page, Rueda explained things this way:

“The library had several art books and eight boxes of postcards showing a wide array of artwork. These materials were provided by the school, had been there for years, and had presumably been used by students many times before. To my surprise, some of the postcards contained nudity. Some students expressed discomfort about some of the images, so I immediately took back from students the postcards I felt could make students feel uncomfortable. Then I explained to the whole class that art can sometimes show images that are not always comfortable to all, that art is better understood when placed in its proper context, that the human body is often portrayed in art, and that the images in the school collection are icons of art history and a patrimony of humanity.”

Rueda later went through the card boxes and other materials in the classroom library with Lincoln Elementary School Principal Jeni Buist, and they discovered several more examples of nudity.

According to the Cache County Sheriff’s Office, Buist was destroying this material when a deputy arrived at the school in response to a resident’s complaint that Rueda was exposing students to “pornography.”

“She said she was putting the postcards and paintings in the shredder at the request of the school district so they wouldn’t be distributed again,” Sheriff Chad Jensen said. “We got some of the pictures and showed them to the County Attorney’s Office, and they said these wouldn’t meet the definition of pornography. They declined to file charges.”

According to Rueda, the two nudes accidentally accessed by students were an impressionist-era portrait by Italian painter and sculptor Amadeo Modigliani, titled “Iris Tree,” and a partial nude titled “Odalisque” by 18th-century Rococo-style artist Francois Boucher. Both can be found online with a simple Google search.

Among the other notable paintings in the “The Art Box” are Leonardo da Vinci’s “Mona Lisa,” and Vincent van Gogh’s “Sunflowers.” Non-nude works by celebrated artists Paul Klee, Claude Manet, Marc Chagall, Marcel Duchamp, Paul Gauguin, J.M.W. Turner and many others are also in the set.

In his explanation to parent Kamee Jensen, Rueda wrote that Buist emailed him shortly after the Monday, Dec. 4, class period worried over several parents’ concerns about how he handled the situation and saying he would be put on a one-day administrative absence. On Wednesday, he met with Buist and the district’s human resources director, Kirk McRae, and they decided to suspend him two more days with a signed pledge not to let this type of incident happen again.

The police visit to the school occurred the following day, and on Friday Rueda was called in again and told he was being terminated. Both Buist and McRae have declined comment on the matter, so it is not known if the two events are connected.

“In a Friday meeting, they gave me two choices: to resign, accepting their terms of my alleged wrongdoing (eliminating any possibility to voice my opinion in the future), or to be terminated with a scathing and defamatory letter. Frankly, neither option was agreeable to me,” Rueda wrote, noting he has requested a hearing and plans to appeal the decision.

Rueda, a native of Colombia, came to Cache Valley to earn a master’s degree in fine art at Utah State University, and in his six years here he’s made a mark on the community through several well-received painting exhibits and his contacts with area businesses.

“I’ve worked professionally and very well with a lot of people. A lot of people know me and know my character. The terms of termination are belittling of my character, and to that end they are a defamation of character,” he wrote. “My intent when it comes to the hearing has noting to do money or anything like that, but it has to do with exercising my right to be heard so that I can have a clean name, a clean reputation. … This could be something that follows me for the rest of my life.”

Here are the paintings that freaked out a community where no one can be told, “You, Sir, (or in this case, Madam) are an idiot.” I am sure the lives of these sixth graders will never be the same for having seen some nipples, some pubic hair and a fat bottomed girl. I would just like to know what TV shows and Video games these innocent lambs are allowed in their homes. 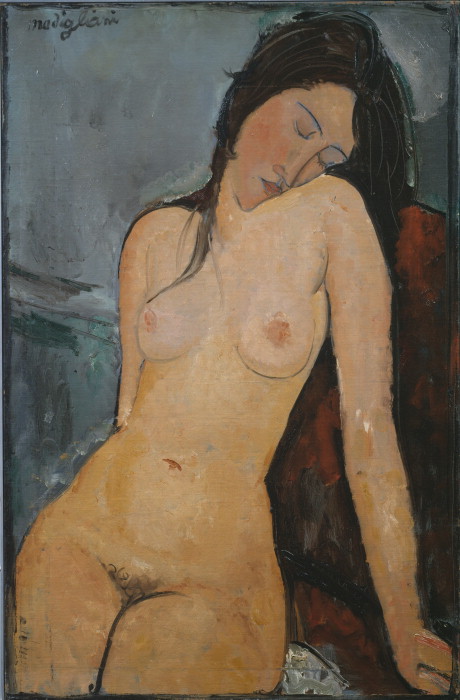 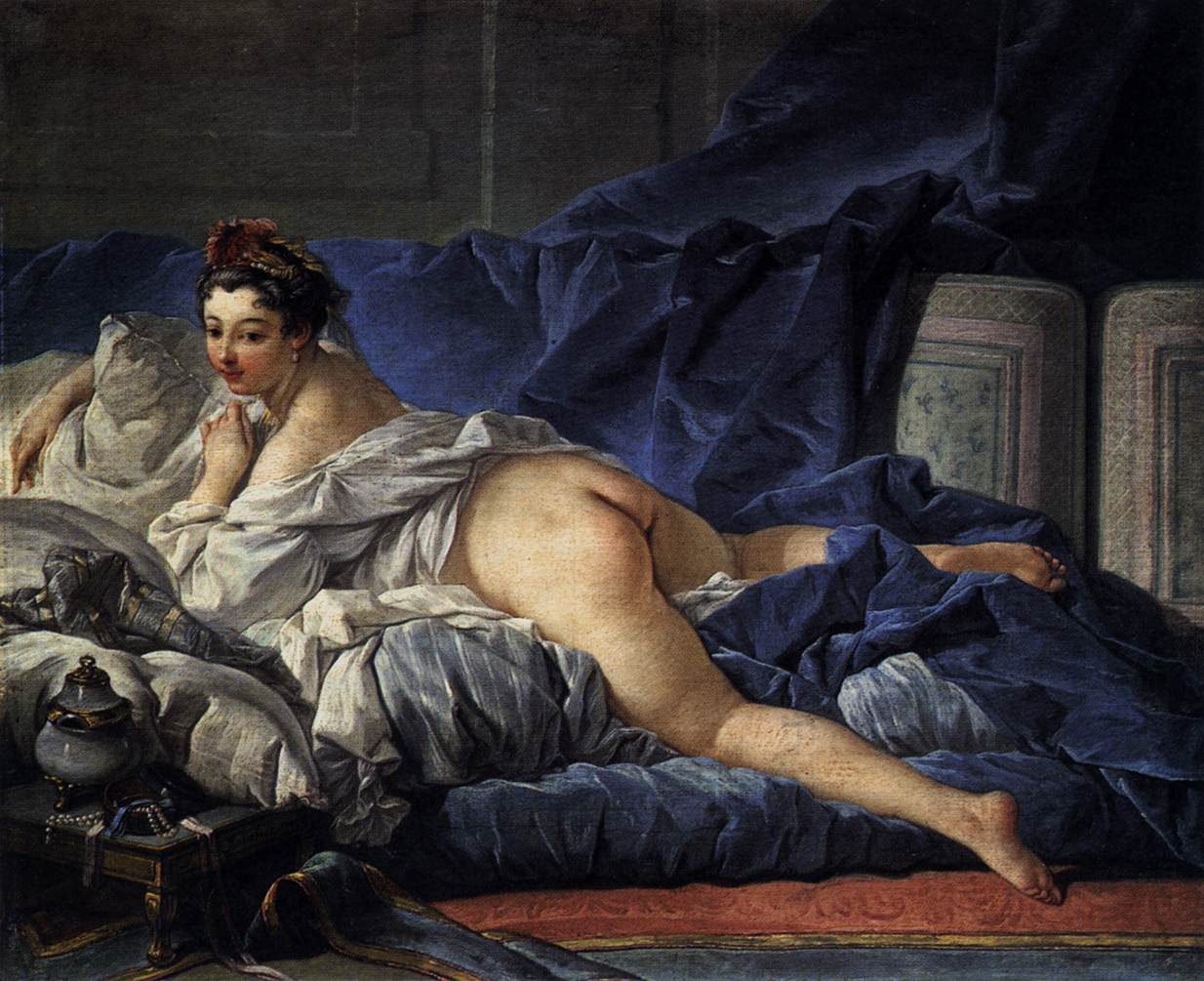