Home » Uncategorized » And this from the “smartest” man in the world?

Man,the irony here is incredible. Hawking is so corrupted in his thinking that he is not even aware of why he is correct and would deny to his last breath the truth of why his prediction is accurate. The end of the earth will have nothing to do with man yet it will be man’s fault. All one need do to know how it ends is read the Book, it has already been decreed and man’s breathing has nothing to do with it. But putting aside that which has already been predicted and cannot be changed let us look at his Venus comment as proof of man’s arrogance – “Venus, the second closest planet to the sun, was once Earth-like.” – First off how can such a definiive statement ever be made and second, if it were true, where did all their gasses come from to turn it into “a boiling celestial body with temperatures of 250 degrees celsius and wind speeds of up to 100 metres per second”?

These are not comments of a rational mind, these are the comments of a corrupt mind snd so in his brilliance he shows his ignorance and so proves what he denies.

Professor Hawking said US President Donald Trump’s decision to withdraw from the Paris Climate Agreement, has doomed Earth to one day become uninhabitable.

And repeating his warning, the physicist said climate change deniers should look to Venus which is now a boiling planet

In the second episode of his Emmy-winning web series Favourite Places, which sees the 76-year old traverse the universe in heavy CGI backdrops, Prof Hawking visits the planet Venus.

Venus, the second closest planet to the sun, was once Earth-like. 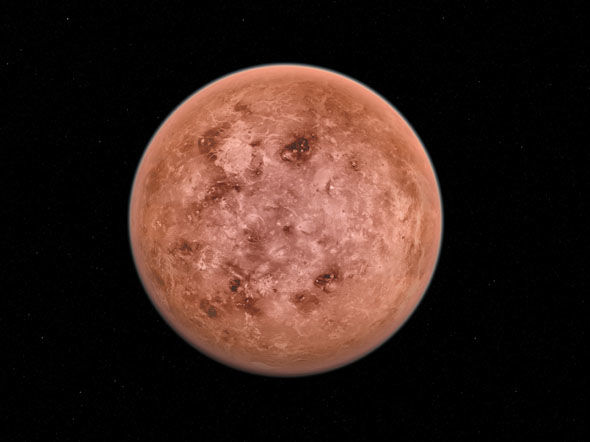 Temperatures on Venus can reach 250C

But a build-up of greenhouse gasses in its atmosphere turned the planet into a boiling celestial body with temperatures of 250 degrees celsius and wind speeds of up to 100 metres per second.

NASA says it is a classic example of how the slightest of differences in a planet’s greenhouse can massively effect its future and turn it into an uninhabitable place.

Prof Hawking says in the show anyone who does not believe in global warming should do some research on Venus.

Donald Trump recently pulled the US out of the Paris Climate Agreement
The University of Cambridge alumni said: “Next time you meet a climate change denier, tell them to take a trip to Venus.

When Mr Trump pulled the US out of the Paris Climate Agreement last year, Prof Hawking said: “We are close to the tipping point where global warming becomes irreversible.

“Trump’s action could push the Earth over the brink, to become like Venus, with a temperature of two hundred and fifty degrees, and raining sulphuric acid.

“Climate change is one of the great dangers we face and it’s one we can prevent if we act now.

“By denying the evidence for climate change, and pulling out of the Paris Climate Agreement, Donald Trump will cause avoidable environmental damage to our beautiful planet, endangering the natural world, for us and our children.”