The funny thing about the below quote is that not only do the democrats much prefer “disgrace” (in fact, they wallow in it) but they all, at the same time, think they are going to be the master”. There is a sickness amongst those people that can only be explained one way. 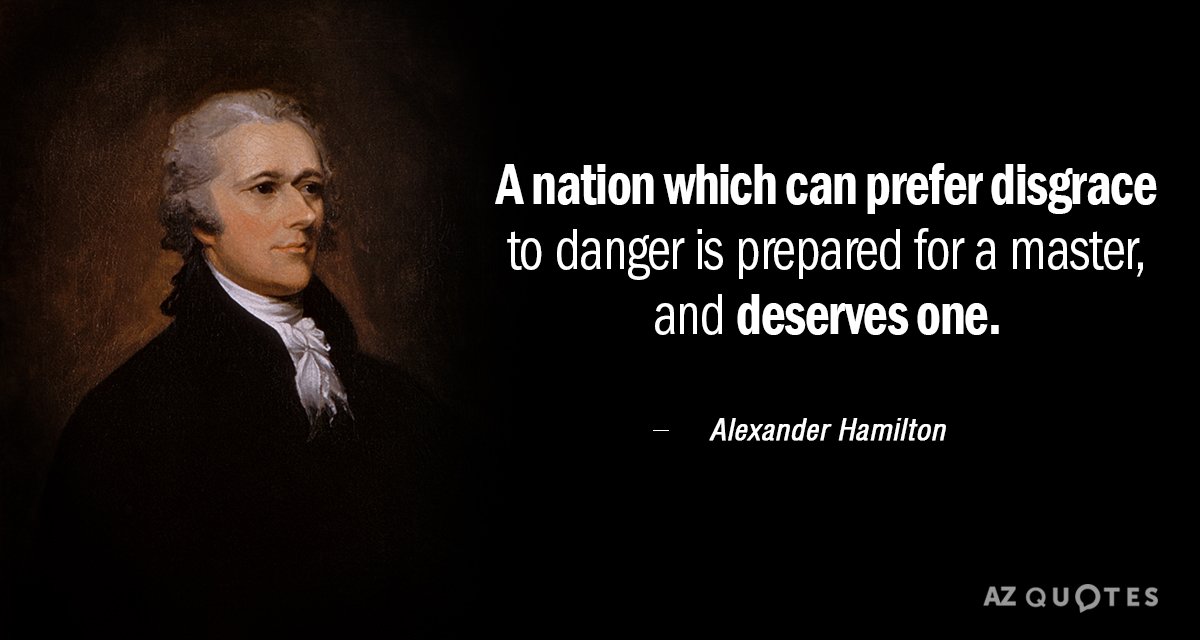 A well-constituted court for the trial of impeachments is an object not more to be desired than difficult to be obtained in a government wholly elective.

The subjects of its jurisdiction are those offenses which proceed from the misconduct of public men, or, in other words, from the abuse or violation of some public trust.

They are of a nature which may with peculiar propriety be denominated POLITICAL, as they relate chiefly to injuries done immediately to the society itself.

The prosecution of them, for this reason, will seldom fail to agitate the passions of the whole community, and to divide it into parties more or less friendly or inimical to the accused.

In many cases it will connect itself with the pre-existing factions, and will enlist all their animosities, partialities, influence, and interest on one side or on the other; and in such cases there will always be the greatest danger that the decision will be regulated more by the comparative strength of parties, than by the real demonstrations of innocence or guilt.

Indeed, there is violation of the public trust but it is not by the President, this time it is shared equally by deranged democrats and UNELECTED bureaucrats who may be the greatest danger to this country outside the public education system. The similarity in all three being that people of conscience are not welcome in the midst of any of the three groups – funny that.