Home » Uncategorized » How can those who are so in favor of abortion care that anyone dies?

If indeed these are real people and not Russians or hillary’s or soros’s paid goons (which they may be) then these are some of the sickest people in the U.S. Especially this one –

Im glad she died. I feel bad for the others. That’s what he gets!

You really have to wonder how these same people who are so anxious to murder infants can make such a distinction just because someone managed to escape them at birth and made it to their teenage years. Seriously, how can those who are so in favor of abortion care that anyone dies? Please, do not ever tell me liberalism is not a mental disease.

Authored by Alex Thomas via SHTFplan.com,

Leftist social media users have spent the day viciously attacking the father of one of the victims of the horrific Florida school mass shooting over the fact that he wore a Trump 2020 t-shirt during an interview with a local news outlet. 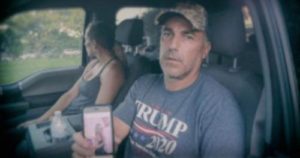 That’s right, in the new America it is apparently perfectly acceptable to attack and even blame the parent of a teenager who was murdered, all because his political beliefs do not line up with the leftist orthodoxy.

Both Andrew Pollack and his wife were interviewed outside of Broward Health North hospital, hoping to hear from their daughter hours after the attack that left 17 dead and over a dozen injured. During the interview, Pollack committed the thought crime of wearing a t-shirt for his preferred presidential candidate, a fact that apparently gave leftists on twitter the cover to viciously attack him.

The attacks ranged from actually blaming Pollack himself for his own daughters death, to disgustingly claiming that they did not feel sorry for him simply because he supports Trump and presumably the NRA. Keep in mind that the anti-gun left has spent BILLIONS of dollars to push their agenda while at the same time pretending that the NRA is this all powerful group that cannot be stopped.

One user even went as far as to claim that Trump, the NRA, and all Republicans themselves were actually RESPONSIBLE for the attack itself.

Make no mistake, the following tweets are representative of a large portion of the new left which openly hates all their political opposition to the point where they simply do not care if someone’s daughter was literally just murdered.

Actual responses to a man whose daughter was murdered in the Florida school massacre. Why? Because he voted for Trump. Some people are sick pic.twitter.com/9jUmHH1wFJ

How does this father that lost his daughter in a school shooting wear a NRA backed Trump shirt?? How, how??? https://t.co/GkdEMqOwIa

I’m unforgiveable, but it’s a little hard to feel sorry who supported this administration and its racist and its NRA supporting policies. I feel sorry for daughter,but not for him. He probably doesn’t make the connection behind his Party’s policies and what happened to his child

Sorry for his daughter but wearing a shirt for a politician who will do absolutely nothing in response to his daughter’s death is very ironic.

Im glad she died. I feel bad for the others. That’s what he gets!

I feel empathy for his daughter – but not him.

Additionally, the social media giants themselves (Facebook, Twitter, etc) seemingly support the vicious attacks on Pollack as they have allowed them to continue unimpeded while at the same time censoring dozens of conservatives for a variety of fake reasons.

As I noted above, this is the new America folks, where all it takes is wearing a Trump shirt to be attacked and even blamed for your own daughters murder.