Home » Uncategorized » If there is no global warming why the continued fear mongering?

Too bad these authors, who do a nice job of stating the facts disproving global warming or any other climate phenomena don’t seem to realize that the never ending, always impending, climate change catastrophe that never comes  has nothing to do with climate change. These authors by treating it as a real thing only help the cause of the very devious algores of team satan  who not only become rich through the fraud but also keep alive the elite’s hope of population control i.e. enslavement. The left will never give up the clomate change hoax just like they will never relent on universal healthcare for they know that control of both enslaves the entire population of the US. 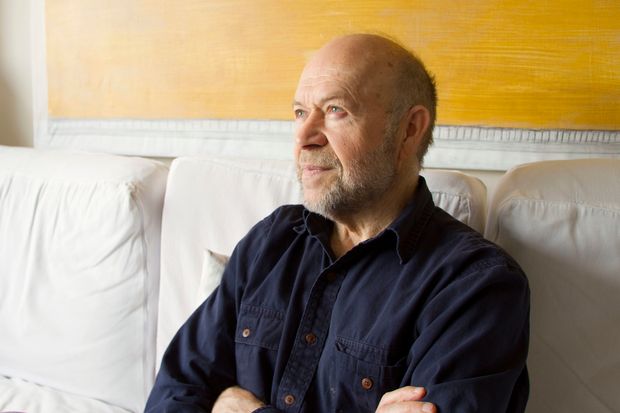 James E. Hansen wiped sweat from his brow. Outside it was a record-high 98 degrees on June 23, 1988, as the NASA scientist testified before the Senate Committee on Energy and Natural Resources during a prolonged heat wave, which he decided to cast as a climate event of cosmic significance. He expressed to the senators his “high degree of confidence” in “a cause-and-effect relationship between the greenhouse effect and observed warming.”

With that testimony and an accompanying paper in the Journal of Geophysical Research, Mr. Hansen lit the bonfire of the greenhouse vanities, igniting a world-wide debate that continues today about the energy structure of the entire planet. President Obama’s environmental policies were predicated on similar models of rapid, high-cost warming. But the 30th anniversary of Mr. Hansen’s predictions affords an opportunity to see how well his forecasts have done—and to reconsider environmental policy accordingly.

Mr. Hansen’s testimony described three possible scenarios for the future of carbon dioxide emissions. He called Scenario A “business as usual,” as it maintained the accelerating emissions growth typical of the 1970s and ’80s. This scenario predicted the earth would warm 1 degree Celsius by 2018. Scenario B set emissions lower, rising at the same rate today as in 1988. Mr. Hansen called this outcome the “most plausible,” and predicted it would lead to about 0.7 degree of warming by this year. He added a final projection, Scenario C, which he deemed highly unlikely: constant emissions beginning in 2000. In that forecast, temperatures would rise a few tenths of a degree before flatlining after 2000.

Thirty years of data have been collected since Mr. Hansen outlined his scenarios—enough to determine which was closest to reality. And the winner is Scenario C. Global surface temperature has not increased significantly since 2000, discounting the larger-than-usual El Niño of 2015-16. Assessed by Mr. Hansen’s model, surface temperatures are behaving as if we had capped 18 years ago the carbon-dioxide emissions responsible for the enhanced greenhouse effect. But we didn’t. And it isn’t just Mr. Hansen who got it wrong. Models devised by the United Nations Intergovernmental Panel on Climate Change have, on average, predicted about twice as much warming as has been observed since global satellite temperature monitoring began 40 years ago. 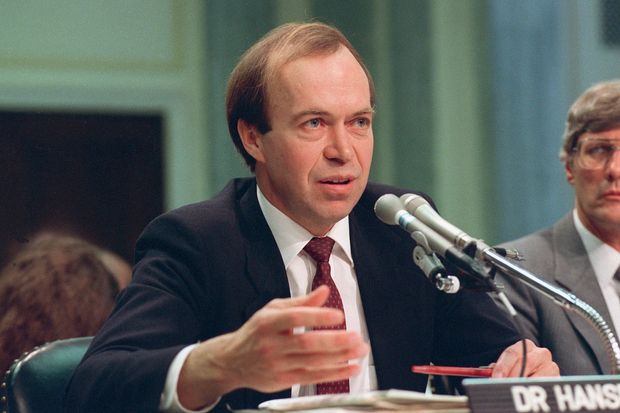 What about Mr. Hansen’s other claims? Outside the warming models, his only explicit claim in the testimony was that the late ’80s and ’90s would see “greater than average warming in the southeast U.S. and the Midwest.” No such spike has been measured in these regions.

As observed temperatures diverged over the years from his predictions, Mr. Hansen doubled down. In a 2007 case on auto emissions, he stated in his deposition that most of Greenland’s ice would soon melt, raising sea levels 23 feet over the course of 100 years. Subsequent research published in Nature magazine on the history of Greenland’s ice cap demonstrated this to be impossible. Much of Greenland’s surface melts every summer, meaning rapid melting might reasonably be expected to occur in a dramatically warming world. But not in the one we live in. The Nature study found only modest ice loss after 6,000 years of much warmer temperatures than human activity could ever sustain.

Several more of Mr. Hansen’s predictions can now be judged by history. Have hurricanes gotten stronger, as Mr. Hansen predicted in a 2016 study? No. Satellite data from 1970 onward shows no evidence of this in relation to global surface temperature. Have storms caused increasing amounts of damage in the U.S.? Data from the National Oceanic and Atmospheric Administration show no such increase in damage, measured as a percentage of gross domestic product. How about stronger tornadoes? The opposite may be true, as NOAA data offers some evidence of a decline. The list of what didn’t happen is long and tedious.

The problem with Mr. Hansen’s models—and the U.N.’s—is that they don’t consider more-precise measures of how aerosol emissions counter warming caused by greenhouse gases. Several newer climate models account for this trend and routinely project about half the warming predicted by U.N. models, placing their numbers much closer to observed temperatures. The most recent of these was published in April by Nic Lewis and Judith Curry in the Journal of Climate, a reliably mainstream journal.

These corrected climate predictions raise a crucial question: Why should people world-wide pay drastic costs to cut emissions when the global temperature is acting as if those cuts have already been made?

On the 30th anniversary of Mr. Hansen’s galvanizing testimony, it’s time to acknowledge that the rapid warming he predicted isn’t happening. Climate researchers and policy makers should adopt the more modest forecasts that are consistent with observed temperatures.

That would be a lukewarm policy, consistent with a lukewarming planet.

Mr. Michaels is director and Mr. Maue an adjunct scholar at the Cato Institute’s Center for the Study of Science.