This is the type of left wing insanity I am talking about. The Texas governor signs a bill prohibiting discrimination and the democrats claim the bill is discriminatory. And, undoubtedly, there are plenty of people in the great state of Texas that believe them. Since there were 62 representatives that voted against the law it stands to reason that were elected by as least a plurality of people in their district that believe a law that prohibits discrimination is actually a law that discriminates against people. There are bastions of idiocy here in Texas and you can trace all of it directly to public education and the self-serving, crooked politicians, school boards, mayors, judges, superintendents, etc. that they elect and hire. Disgusting. Just how stupid are these people?

Abbott announced he had officially signed the bill protecting “religious liberty” Thursday night, according to a report published by CBS DFW.

“Today I signed the ⁦@ChickfilA⁩ law in Texas. And, had a great lunch. No business should be discriminated against simply because its owners donate to a church, the Salvation Army, or other religious organization. Texas protects religious liberty,” Abbott shared on Twitter.

The Texas State Senate originally passed the bill on May 20 in a 79-62 vote.

The City of San Antonio’s decision to exclude Chick-fil-A based on the religious beliefs associated with the company and its owners is the opposite of tolerance. It’s discriminatory, and not only out of step with Texas values, but inconsistent with the Constitution and Texas law. 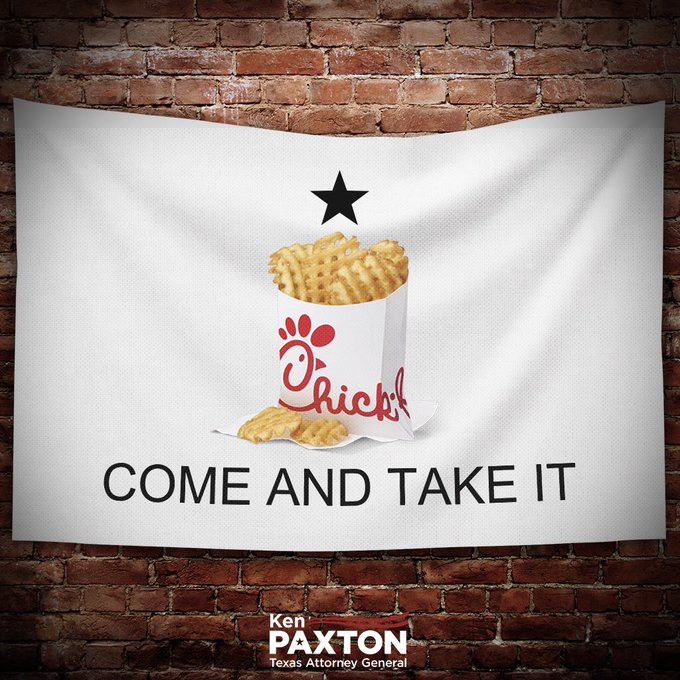 The passing of the legislation comes after Attorney General Ken Paxton opened an investigation into the city of San Antonio’s decision to exclude Chick-Fil-A from a concession contract for the city airport.

“The City of San Antonio’s decision to exclude a respected vendor based on the religious beliefs associated with that company and its owners is the opposite of tolerance,” Paxton said. “The city’s discriminatory decision is not only out of step with Texas values, but inconsistent with the Constitution and Texas law.”

Democrats claimed the bill was discriminatory, according to CBS DFW.