Home » Uncategorized » There is idiocy and then there is real idiocy. This is the latter.

Imagine, an entire country catering to a fraction of 1 percent of the world’s population, and that fraction suffering mental illness to boot, so as not to cause embarrassment to these mentally ill boys who think they are girls and equally ill girls who think they are boys. So. rather than get help for this minute fraction of confused, immature,  un-parented and unsupervised by any adult, members of society supposed “wise” men and women in gov’t, on school boards and in school administrative offices would sooner traumatize the huge majority of normal people by indulging those they should be seeking help for. Not sure who is sicker.

UK Girls Skipping School, Traumatized After Being Forced to Share Toilets with Boys 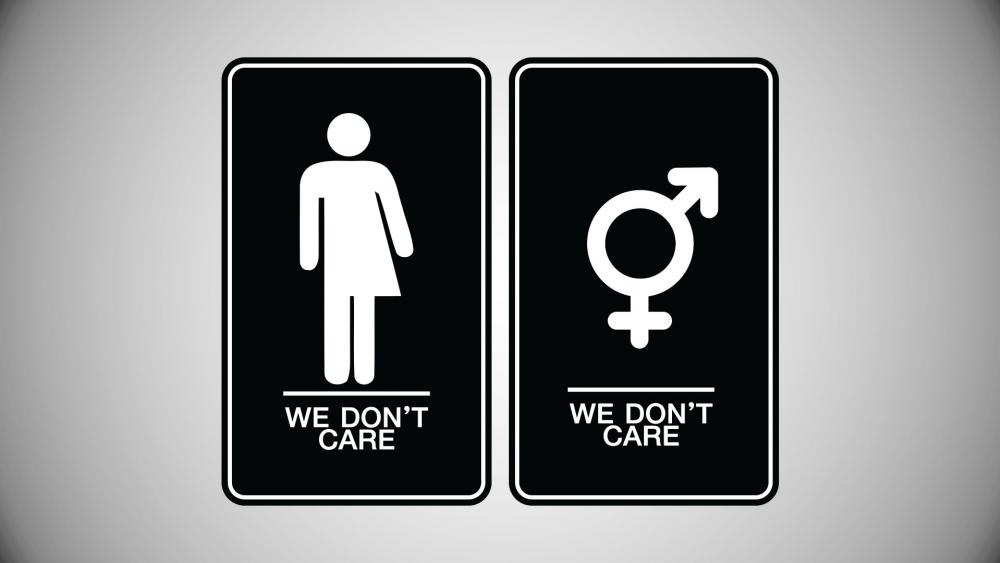 Parents and teachers in the United Kingdom are warning school administrators that gender-neutral toilets in schools have left many girls feeling unsafe and are putting their health at risk.

Girls who are menstruating are so anxious about sharing facilities with boys that some are staying at home for fear of being made to feel ‘period shame’ by boys according to the Daily Mail.

A growing number of UK primary and secondary schools are in the process of installing unisex toilets. Some girls are even risking infection by refusing to use the toilets at school.

Other girls have even stopped drinking any liquids at school, afraid that they might have to use the unisex toilet.

Parents and teachers told the Daily Mail that female students feel very uncomfortable and even unsafe when sharing toilets with male students.

The push for unisex toilets in the UK was designed to be more inclusive of children who identify as transgender and wish to use the same bathroom as the opposite sex.

On Sunday, both politicians and doctors called for schools to stop the practice of unisex toilets.

Dr. Tessa Katz told the Mail that holding in urine for prolonged periods on a regular basis could increase the risk of girls suffering urinary and bladder infections.

‘The psychological effects of girls not feeling safe enough to use mixed-sex toilets is also concerning,’ Katz told the newspaper.

Deanesfield Primary School in South Ruislip, West London, was the most recent school to undergo the bathroom change. Parents started a petition last month against the installation of the unisex bathrooms.

One angry mother who has daughters ages four and eight attending the school told the Daily Mail: ‘The cubicles were open at the bottom and top so older pupils can easily climb up the toilets and peer over.’

Stephanie Davies-Arai, a spokesperson for parent group Transgender Trend, said schools were wrongly informed by trans activist organizations that they would be breaking UK equality laws of they didn’t change to gender-neutral toilets. She said there are clear exemptions under the existing equality laws that make it perfectly legal to have single-sex bathrooms.

David Davies, a Conservative Party member of the British Parliament, who has agreed in the past that transgender rights are overriding the rights of women, said: “If girls are not comfortable sharing toilets with boys then schools should make provision for them, rather than saying girls have got a problem